I hadn’t been out picking raspberries this past weekend. Saturday was a busy day, and Sunday was just to hot to be out.

Today I went out and picked berries, and I found about a pint’s worth of raspberries. The raspberries that were ripe were quite ripe.

We will be seeing more come on in the next couple of weeks. I hope to get a few more batches of jam.

I have been keeping an eye on the tomato plants we have in the backyard. I always thought they were yellow cherry or grape tomatoes. The size of the tomatoes is making me think they are yellow Roma tomatoes. 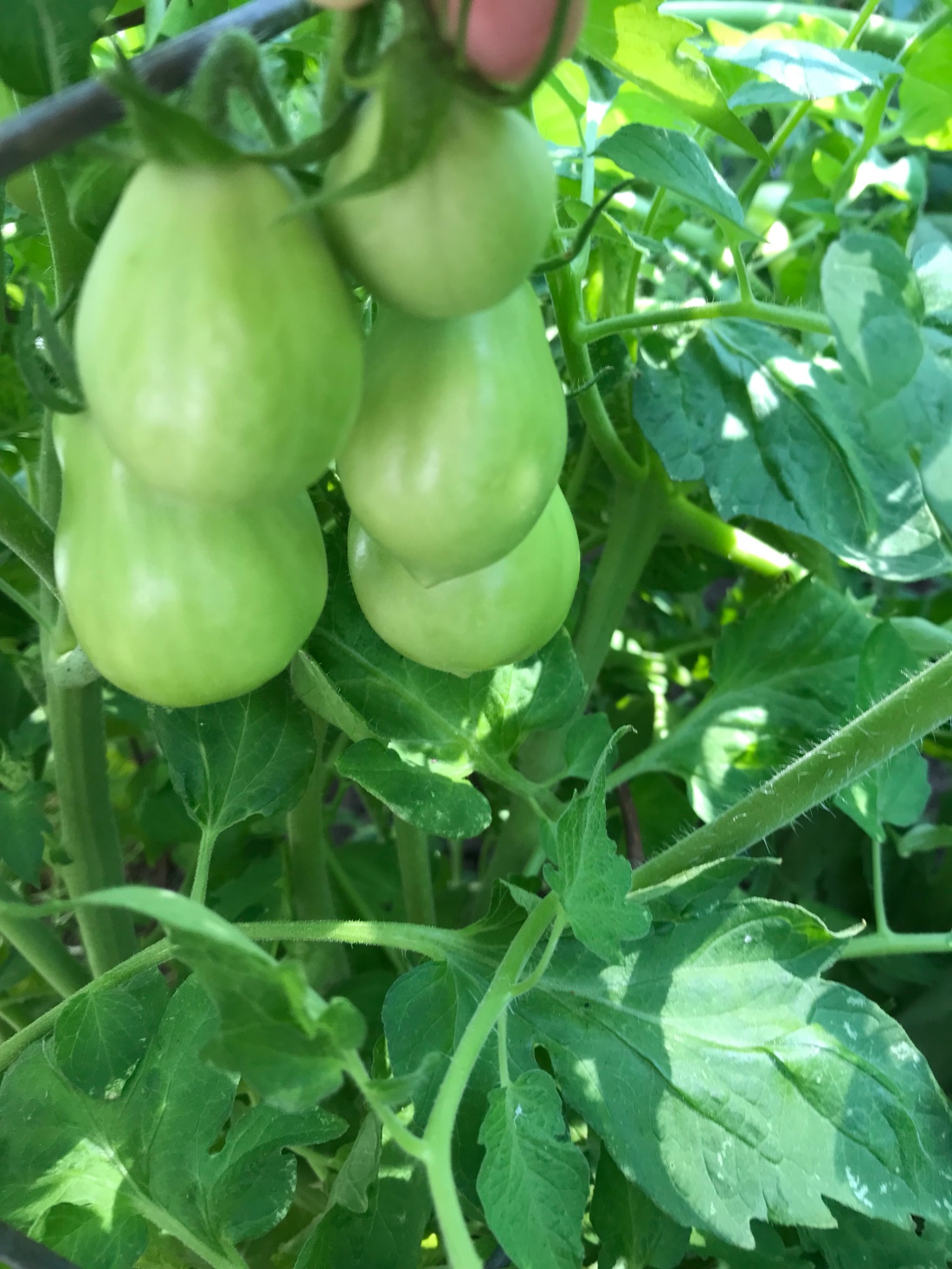 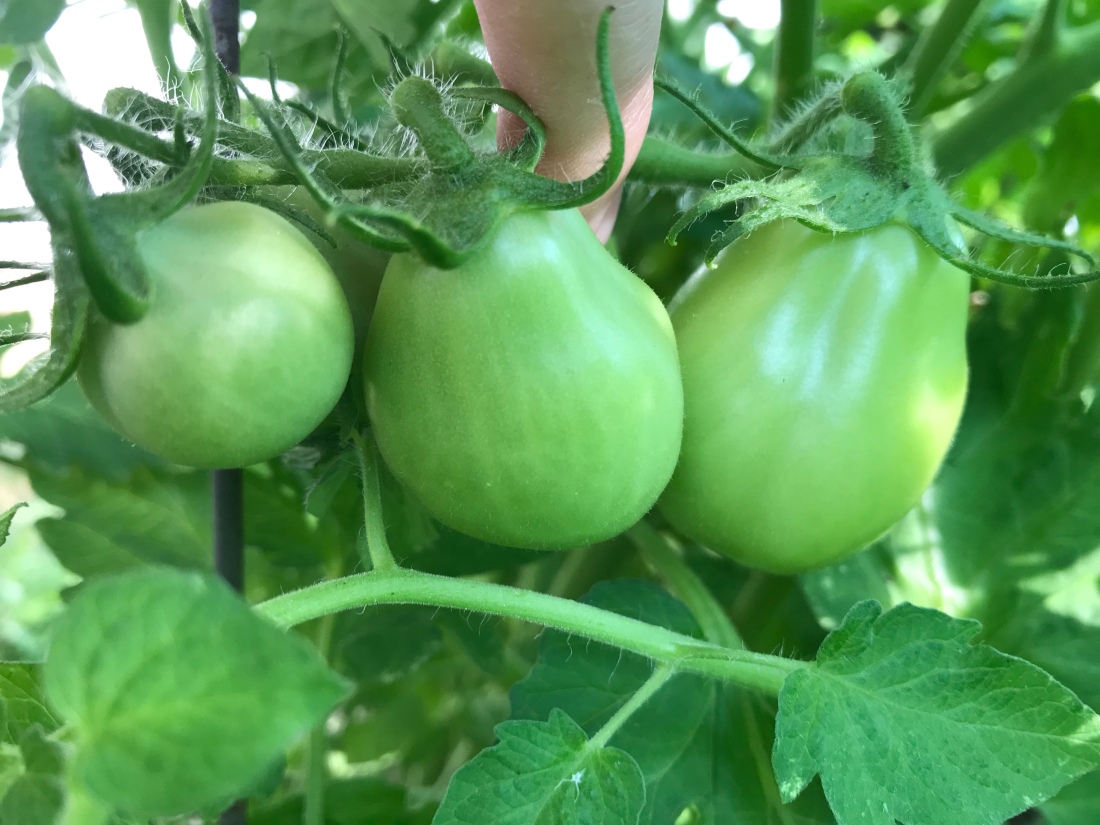 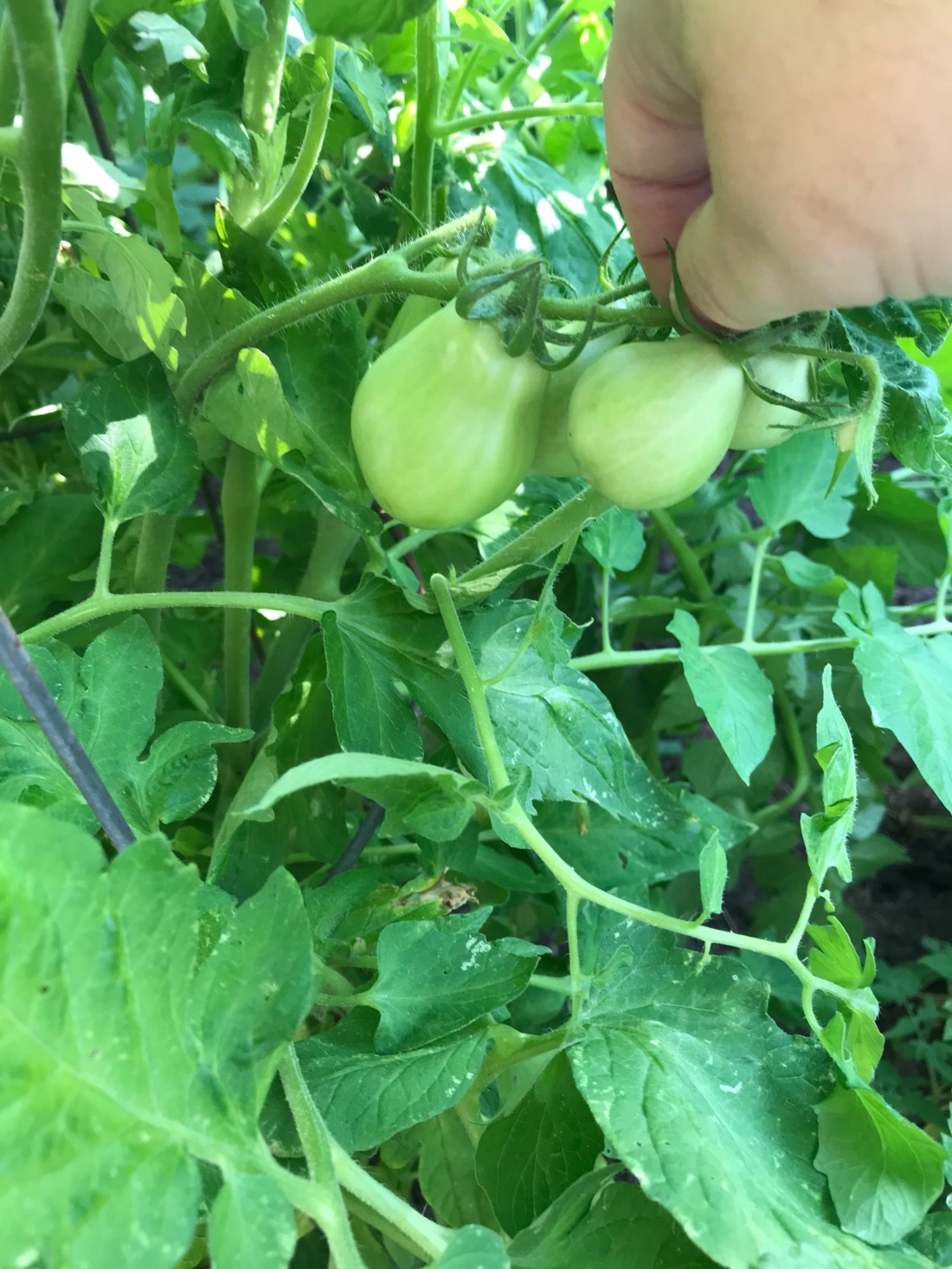 This year we will actually have tomatoes to eat, and possibly have enough to make some homemade tomato sauce.

Since I started keeping track of sunrise and sunset ten days ago, we have already lost twenty two minutes of daylight.

While it has been so hot, the fact that we have lost so much daylight already, Autumn is coming.

My mom and I had gone to Joann’s on Saturday. They actually have autumn decorations already. It is making me excited for autumn to be here.

We had a couple bananas that had gotten a bit to ripe for eating, so I made a loaf of banana bread.

It looks and smells good, I just can’t try it since it has butter in it.

I have also been keeping an eye on the tomato plants we have in the backyard. They are a variety of yellow cherry or grape tomatoes. So far some of them have gotten huge.

As we are in the height of summer, I am looking toward autumn and the weather cooling off. There are a lot of summer crops that I would love to grow, and have in my garden. There is so much I would love to can and preserve. Then comes autumn and everything apples and pumpkins.

My mom had gotten a large zucchini for free from someone she works with. She was not sure what to do with it, so I made three loaves of zucchini bread.

I hate wasting good food just because you don’t want to eat it. I always try to remember that there are children in this country who go hungry. So when you have food that is still good, you use it and eat it. While zucchini on its own is not one of my favorite foods, if you grate it up and make zucchini bread, then it is amazing.

As I have gotten older, reducing the amount of waste I create, and using food to create something that tastes good. Part of this is Lifestyle choices, and wanting to live a simpler life, as well as the fact that I have known how much food costs from a young age and am not oblivious to the struggle to keep enough food around. I am more grateful for what I have.

Today I picked about a pint of raspberries, which is a bit more than I have picked each day for the past few days. I am hoping that this is a sign that the second crop of the season is coming on and that I will be able to get more jam made this summer.

I was really craving brownies today, so I made gluten free vegan cherry brownies today. The recipe I used called for the squares of bakers chocolate, but I had cocoa powder, so I googled how to use cocoa powder instead of the bakers chocolate. I figured it out, it called for a tablespoon of butter, oil or crisp shortening per three tablespoons of cocoa powder. I used applesauce instead. I used gluten free egg replacer instead of eggs. While I really wanted brownies I wanted to make them a bit healthier, which is counter intuitive anyway but it is what it is. I had added maraschino cherries, and man the brownies turned out so good. 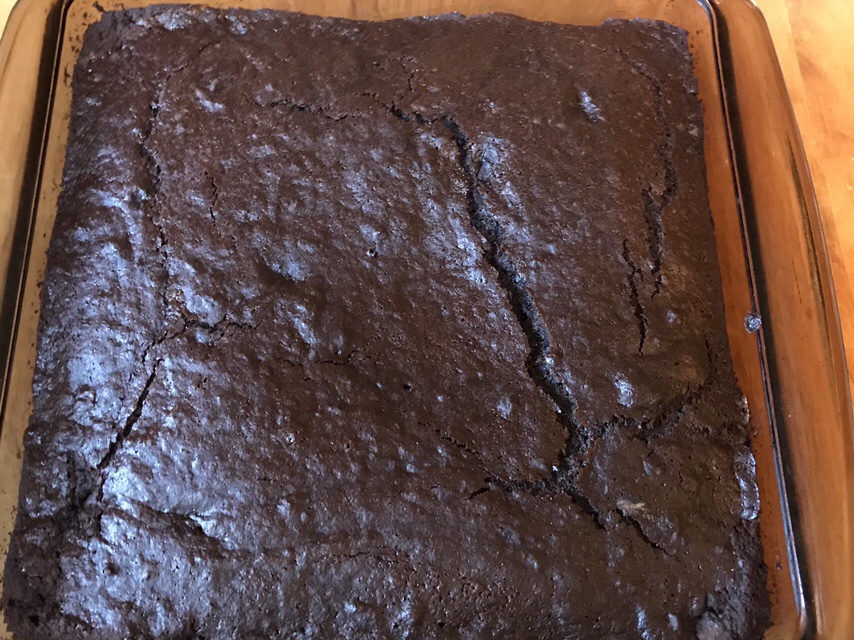 The past three days have been cooler than the past couple of weeks. With the cloudy mornings and warm but not super hot afternoons have felt more like the end of summer early part of fall.

Between the cooler temps the past three days (it will be heating up again in the next couple of days), rewatching Grimm, Knitting, Baking, and generally wanting to go do stuff, I am ready for Fall to be here.

It has gotten me into the mood for autumn decorating and decorating for Christmas when the time comes. It is also making me want a home of my own to decorate.

As much as I would love to live in Alaska or the country, there is a part of of me that wants to stay living here in the city and have a home of my own here. There are so many things I would miss if I moved too far away, like Trader Joe’s, Bob’s Red Mill, Costco, New Seasons, Market of Choice, even Whole Foods. I would also miss all the craft stores and book stores like Powell’s.

The past few months I have been becoming more and more obsessed with gardening, and urban gardening. I would love to have a home and yard of my own that I could turn into a garden. I want to be able to grow more of my own produce. That being said I have no real desire to turn full on crunchy.

One of the great things about living in Portland is all the nurseries around as well as stores that carry canning and preserving supplies, and all the farmers markets we have.

While I was out and about scoping out neighborhoods I kind of like, I ended up in the area where I worked a few years back. Just down the street from the gluten free vegan bakery that is near where I used to work, there is this little garden center place that is so cute.

As much as this city can be annoying, and I am not a fan of all the traffic or how expensive it is getting, there are many good points about it, like all the Homemaking resources we have nearby.

I love that whatever I couldn’t/ didn’t grow, are available within a couple hours drive.

This morning I only got about 3/4 of a pint of raspberries. This caused me to do some research. I know that our bushes are of the ever bearing type of heirloom red raspberries. My research indicates that there are two seasons of crops each year, one in July (that we are coming off of), and one later on in the summer, like August / September. Beings that the bushes still have buds on them and flowers I am hoping that if I just wait it out that I will be able to get more batches of jam.

I knew it was only a matter of time, even with having staked the tomato plants, that they would start to topple over.

I had been watering the garden a bit and over they went. I don’t want to chop the vines off yet since they have flowers on them.

The vines that toppled over are part of the biggest grouping of tomatoes that are staked, so I am not surprised. I am just hoping to get tomatoes off the plants this year.

I had skipped checking the garden yesterday since it was so hot. It had gotten to at least 100 degrees yesterday. It was too hot for me to go out.

I got up early enough this morning to go out, since it was still in the low to mid 70’s and not in full sun yet.

Today I got two pints of raspberries.

I was also checking the tomato plants, as we haven’t gotten any yet this season. I have been seeing a lot of flowers over the past few weeks. Today I finally started seeing actual tomatoes. They are still tiny and green, but they signs of what is to come. They seem to be a little late coming on this year.

I am hoping that the heat helps them grow and ripen. I am glad that I got the plants staked when I did as they more than doubled in height in a couple of weeks, and would have toppled over by now.

I also trimmed back the raspberries so that they are easier to tend, and get more sun. When they grow up rather than producing berries than that height needs to go.