Earlier this afternoon I had mixed up a batch of gluten free, dairy free chocolate chip cookies, beings that today’s high was 32 degrees cooler than yesterday’s high. I don’t handle anything above 70 very well, and 65 to 70 is perfect summer weather for me. Yes, I know I should live in SE Alaska, and I would if I had a job. So, today, I had the energy to bake.

Most of you probably wouldn’t know that I really don’t like beef. I don’t like the smell or the flavor of it. My brother on the other hand loves it. He bought a steak to cook for dinner.

Beings that I haven’t cooked more than a package or two of ground beef, in making meals for others, in over a decade I didn’t think to grab the cast iron skillet instead of the red copper skillet since he was going to sear it on high heat.

This is what happened to that poor skillet:

We also had the smoke detector going off and me running around the house opening windows and turning on fans. Between the smell and the smoke it was nuts.

Baking the rest of my gluten free, dairy free cookies was also put on hold during this steak cooking, because his highness is always more important than whatever the lowly peasant (me) is doing.

My cookies turned out really good by the way. 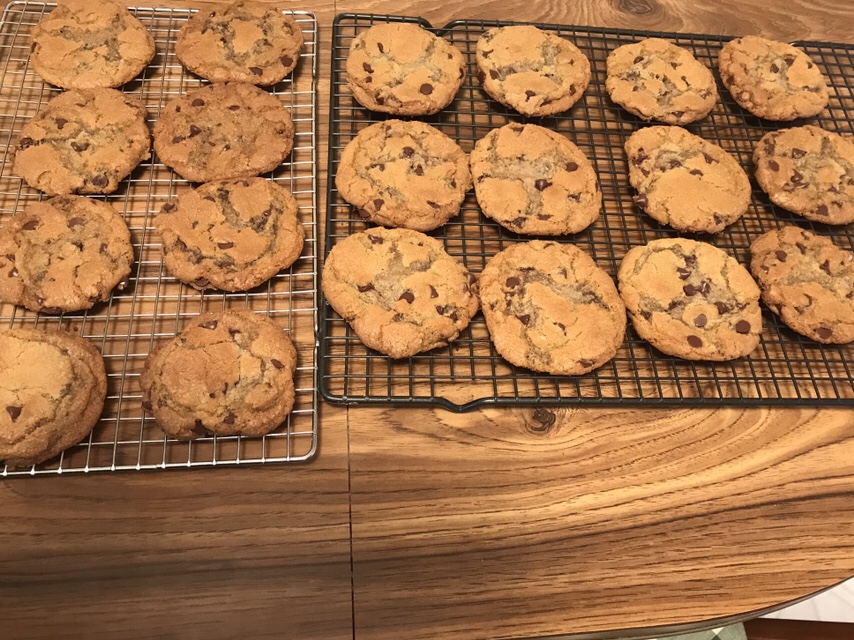 In trying to get the house aired out, I have a pot of cinnamon water on a low heat on the stove. I am not a fan of chemical aerosol sprays or other chemical laden sprays to mask smells if I can help it (I am slowly getting away from Scentsy). I definitely prefer more natural methods. My mom was the one who taught me about the cinnamon water trick to help with smells, so I am giving it a try.

Even though I am not a huge fan of the smell of most meat while it is cooking, there are some that I do like to eat once it is cooked, like chicken and fish. I also enjoy venison on occasion. I have yet to try bear or moose, but if they were cooked in someone else’s kitchen or outside (on a camp stove), I would definitely be willing to try them.

Follow Simple Homemaking in the Pacific Northwest on WordPress.com